Choices International operates in 7 East Asian countries: Brunei, China, Indonesia, Malaysia, Singapore, Thailand and Vietnam. In East Asia, our organization is represented by a regional secretariat and by a local industry support group.

In East Asia, Brunei, China, Indonesia, Malaysia, Singapore and Thailand have implemented  the positive Front-of-Pack (FOP) labelling. We have helped these countries with developing their national criteria based on our international Choices criteria. As we are helping Vietnam with the development of their national criteria, we are starting discussions with the Philippines, who are planning to launch the traffic-light labelling system, which is, in our opinion, less effective.

We are currently working in the region on creating more coherence in the national criteria, as this helps with the adoption of these criteria by the food industry. We are also working with food manufacturers and retailers on how they can use the Choices criteria for their business strategies, for example, in reformulation and positioning of their brands, and as part of their corporate sustainability strategies.

The Secretariat provides guidance and training in the development of national criteria and how these criteria can be used in national nutrition policies such as foods offered in school canteens, marketing and health claims regulations, and fiscal promotion (demotion) of (un)healthy foods. To the industry, we provide training and guidance on the use of the criteria in the positioning, promotion and reformulation of processed foods and as a foundation of the corporate nutrition and sustainability policy.

Purpose of the East Asia Secretariat

The East Asia Secretariat supports the countries with the positive logo programs, in East Asia by creating a bridge between policy makers, industry and Choices, through the use of the Choices Criteria. The Secretariat also provides its members an access to scientific dialogues, updates, evidence-based practice in other regions as reference; and training the relevant bodies in formulating their national criteria based on scientific evidence. The Secretariat also initiated the dialogue for coherence in criteria across the countries for mutual recognition in the region.

The East Asian Secretariat consists of: 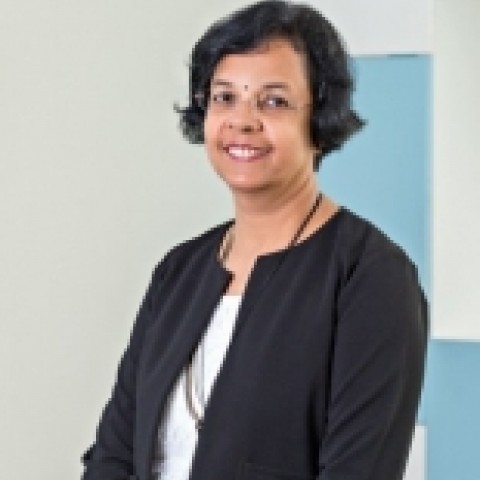 Snigdha Misra is the Senior Advisor to the Choices regional secretariat for East-Asia, covering China and the ASEAN region. She will collaborate closely with the Choices regional secretary for East-Asia and East-Asia Industry Support Group. Snigdha has a Masters and an MPhil in Food Science and Nutrition. She has been awarded a PhD in Nutrition from India. She has a vast experience in academia spanning more than 25 years.

Her research interests are in Public Health Nutrition inclusive of Maternal and Child Health and Geriatric Nutrition. She is engaged in active research and supervised many undergraduate and postgraduate students. She has worked with the food industry to improve the health of the community. She is committed to a strong foundation for a transformational change in the health of the community through professional and personal rapport. She is currently an Associate Professor, in Nutrition and Dietetics, International Medical University, Kuala Lumpur, Malaysia. 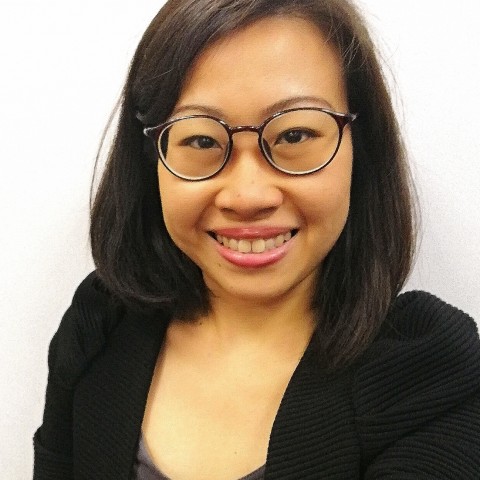 Karen Mok is based in Singapore and is Project Manager in the Choices East-Asia team. She studied Sociology and Communication, as well as Food Science and Nutrition.

Karen has worked as a Senior Executive with the Health Promotion Board (HPB), in Singapore. In her decade with the organisation, she was the Secretariat for the War on Diabetes workgroup (Healthy Living and Prevention). Specific to healthier food, she employed multi-pronged approaches of policy measures and public campaigns, to push for the supply and demand of healthier foods in the nation. Karen has also organised over fifty regional and international dialogues, workshops and conferences, including the 15th World Conference on Tobacco or Health.  Before working with HPB, Karen was attached to the international flavour company, Givaudan, where she learnt the ropes for savoury applications in food.  In her free time, Karen enjoys growing herbs and adding them to new recipes. 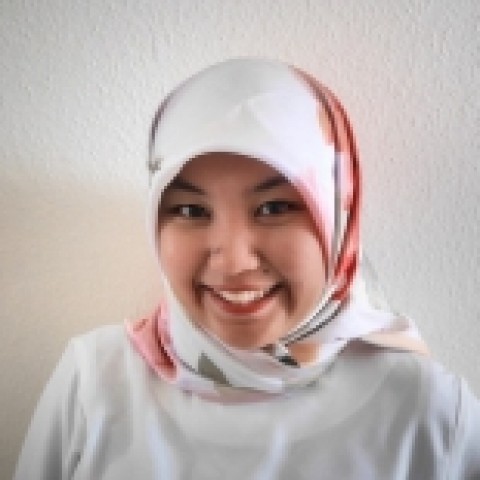 Pratiwi is representative of Choices International for Indonesia. She graduated from Wageningen University, The Netherlands with a Master Degree in Epidemiology and Public Health Nutrition. She had been a staff of the Indonesia Scaling up Nutrition (SUN) Movement Secretariat in the Ministry of National Development Planning. She also worked on research in the area of micronutrient deficiencies, stunting, and IYCF practices.

Having started in the area of fighting undernutrition, she is aware that the challenges of the double burden of malnutrition are approaching. Joining Choices International as an independent consultant, she wants to work together with Indonesian stakeholders to not only tackle malnutrition problems but also improving society’s healthy diet. 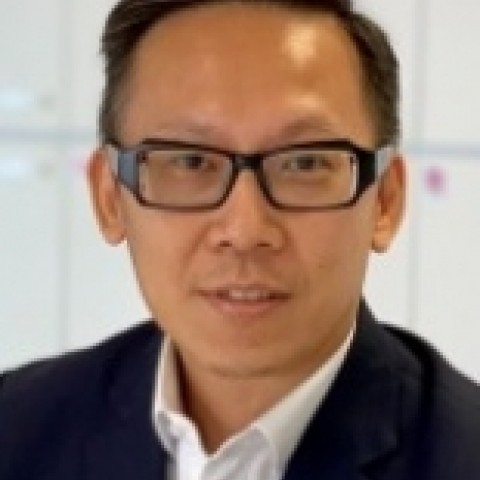 He is also currently a Member of the Coordinating Council of Food Industry Asia and a Member of the Executive Committee of the Asia Pacific Infant and Young Child Nutrition Association.

Leslie began his career as a manager in Trade Development Board, a statutory board under the Singapore Government’s Ministry of Trade and Industry in 2000.  He had a four-year stint in Vietnam and China when he was the Centre Director of the TDB offices in Ho Chi Minh City and Beijing.

In 2007, he joined BAT China and over a span of 9 years, he held various subject matter council and management roles and was based out of Beijing, Taipei and Hong Kong.  Notably, he was the Head of Corporate and Regulatory Affairs.

Leslie moved back to Singapore and joined Diageo in 2015 as the Corporate Relations Director.  Over the next four years, he led the public affairs, communications and sustainability agenda for Diageo in Southeast Asia.

A Singapore national, Leslie is currently based in Singapore. He is a civil engineering graduate of the National University of Singapore. 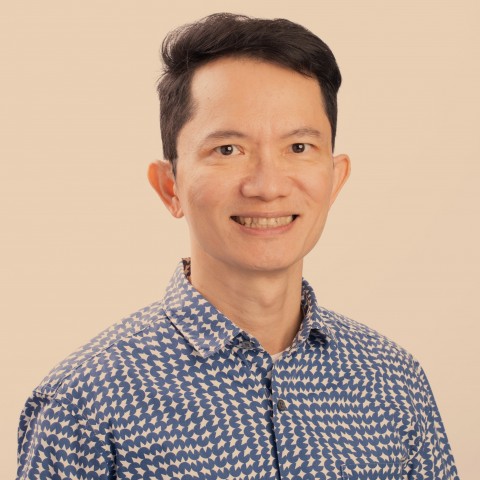 Kit Phanvijhitsiri is the R&D Life Sciences Manager at PepsiCo – Quaker, located in Bangkok, Thailand. He has been serving in the Nutritional Science Expert Committee, under the purview of the Thai National Food Commission for the past 8 years, and has contributed to projects like the 2015 Dietary Guidelines (DG) for Thais, Nutrition Labelling - Thailand Healthier Choice Logo, and the School Meal Criteria - Nutrient Profiling.

He partners with research scientists to support the development of a healthier product portfolio, translates nutrition science into a compelling communication strategy and road map for all new product innovation in nutrition category, and strengthens the public and private partnership with health care professionals in the Asia Pacific region.

Before joining PepsiCo, Kit was associated with various global food and nutrition companies like Unilever, Mead Johnson Nutrition and Ajinomoto. He holds a Ph. D in Molecular Metabolism and Nutrition from the University of Chicago, and was a former lecturer at the Institute of Nutrition at Mahidol University (Thailand). As a strong supporter of new scientific research both locally and internationally, Kit has also authored several publications on functional foods. 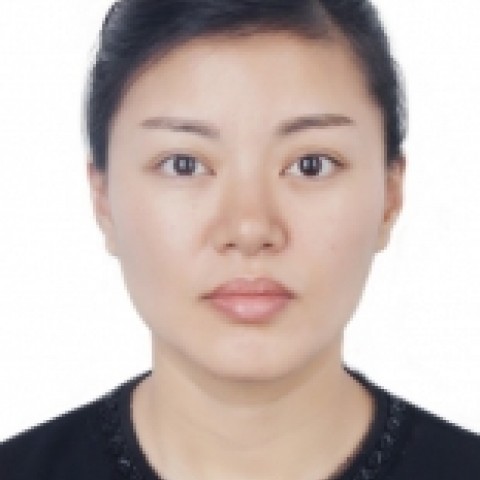 Wei Tang is the Regional Head of Nutrition External Engagement (Asia) of Unilever. She supports Unilever’s external nutrition and health-related programs and collaboration across Asia.

Wei Tang had her MSc in Biology and Innovation in quality and production of vegetables respectively at University Paris XIII and University Paris XI. Before joining Unilever, she worked in Danone for ten years at various positions related to Nutrition & Science, Product Development and Scientific Affairs in France and China.

During 2009-2012, she initiated a series of fluid intake study in collaboration with China CDC, which filled the scientific gap of fluid intake status among Chinese population and was taken into consideration for the revision of Chinese Water Intake Recommendations. She has joined Unilever in 2017 as Regional Head of Nutrition External Engagement for North Asia and expanded her responsibility to South East Asia and Australasia (SEAA) region from 2018.

Since 2012, Choices International Foundation has been organising the annual Round-Table meetings with countries that have positive logo programs. They were introduced in respective countries of East Asia, to empower consumers in making informed food choices, through the identification of the logo. We are currently working in the region on creating more coherence in the national criteria, as this helps with the adoption of these criteria by the food industry.

The organisations that drive the program locally in their respective countries, are listed below:

CNS launched the Healthier Choice logo program in November 2017, and are in the midst of implementing the programme

HPB established the Healthier Choice Symbol (HCS) in 2001. Besides pre-packaged foods at the supermarket, the HCS has also been extended to dining out options

MOPH Thailand introduced the Healthier Choice nutritional logo in August 2016. The logo is owned by the Thai Food & Drug Administration, which assigned the Nutrition Promotion Foundation of the Mahidol University, to manage the symbol’s use.